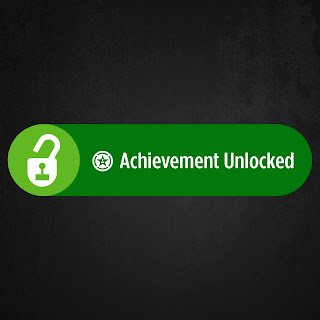 Most tournaments have a way to net yourself additional points, usually, those go along the lines of making sure your list is submitted on time, renting a room at the local hotel, or donating to a local cause. All of these are great, but we decided to go in a different direction with our bonus points in this tournament.

When you check into the tournament you will be given a sheet with each achievement listed for you to fill out over the course of the tournament. Whenever you complete an achievement, you will write down what game it was, where you completed it, your opponent's name, and have your opponent sign it to verify that it was indeed completed in that game. At the end of the tournament when you turn in your player's choice ballots, you will also turn in this paper and whatever points you gain from this will be added to your overall score.

Each achievement can only be unlocked once, so no doing the same 1 point achievement 5 times and hoping to get extra credit.

Take a look at the achievements over in the Player's Packet section, along with other things to watch for in the tournament.

Posted by Refugee of the Olde Worlde at 9:03 PM