Loot, schwag, prizes... What's the point of going a raiding if the spoils you can bring home aren't at least super cool to look at? At Refugees, I guarantee you that the prizes and trophies are fit for a conquering king, as befits a champion of Kings of War!

First up, let's take a look at the trophy for Best Paint: 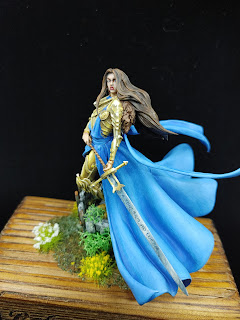 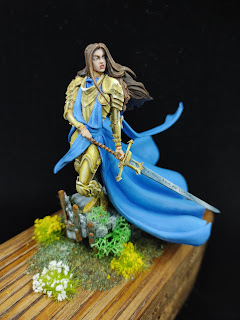 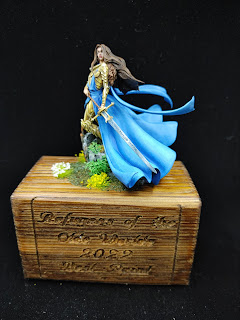 This beauty is the Virgo model from the Scale 75 line. It is 75 mm scale so it is a bigger model on a wooden plaque for you to display to all of your friends and laud them with your artistic superiority.

Next we have the Best General trophy: 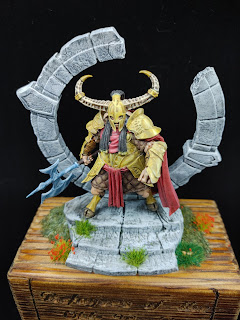 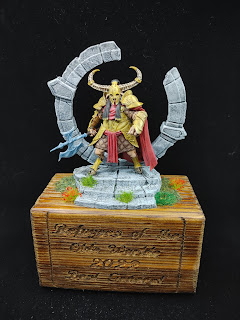 Also from the Scale 75 line, this is Taurus who is the mantelpiece for our tactical geniuses out there! Similar to the Best Paint trophy, it is a 75 mm scale model on a wooden base. This prize will go to our best warlord of the bunch (unless they qualify for Best Overall, which will be discussed later, however, it is worth noting that you cannot win the Best General and Best Overall at this tournament).
Next, we have a quick peek at our Player's Choice trophy: 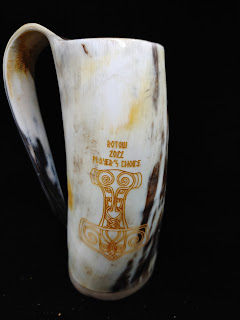 This trophy will go to the most cordial of players in the room, the most gentlemanly (or womanly) player if you will. This award is completely decided by the rest of the players at the tournament and is completely voted on by them. This is a food-safe mug that is completely made out of bison horn, suitable for lifting the conqueror's mead for a toast to their defeated foes.
All three of these areas are important on their own: Paint, Battle, and Sports, but to truly be the Champion of Refugees, you need to be well-rounded. Thus when you take all of those scores and combine them together, the player whose score is the highest of those combined ones will be crowned the Overall Champion and walk away with the hero's sword!
That's right, I said sword. The Best Overall trophy is an engraved sword that you can hang on your wall so that it can be a conversation starter for your uninitiated friends and neighbors as they wonder what Refugees you have championed. Feast your eyes on its beauty! 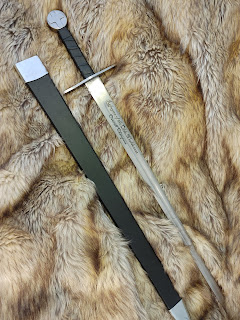 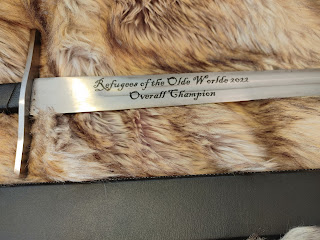 This is a functional blade, as well. Meaning that, unlike in previous years, this time you can take the sword and use it to beat your enemies to a pulp. I say beat because the blade doesn't have an edge, but it is a full tang with a steel blade and will look great hanging on your wall. Of course, if any player wins this that is from out of town and needs to fly it home, we will provide shipping for it, if necessary.

These are not the only trophies for this year, although they are the big ones. We will also have prizes for Counter-Charger, Bloodiest General (lowest battle points), Rookie of the Year, and Most Achievements (see the Player Packet to understand how Achievements work in this tournament), and possibly a few more that I may decide later on.

I am so excited to see everyone out for this year's event! We've already had a few spots filled and the field is looking like it will be a bloody one at that. I hope to see you out, and also I hope to hand some of you one of these trophies!

Posted by Refugee of the Olde Worlde at 6:50 PM No comments:

Let the Horn Sound Once More!

Okay, maybe it'll be a bit more like this: 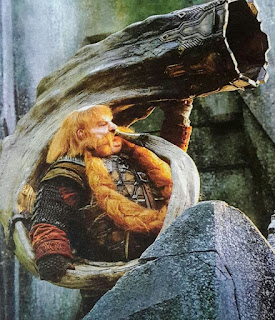 But even so, the invitation is going out once more. This year Refugees will be held on October 21-22, 2022 in Rexburg Idaho. This will be the 6th annual of this event and each year has been a total blast! Here are some pictures from last year's hangouts and battles! 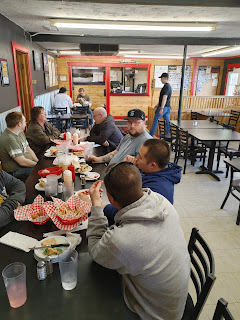 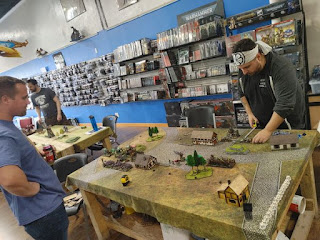 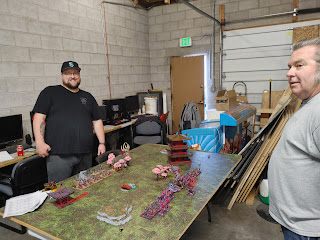 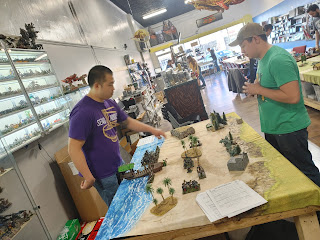 If this has you interested, then here are the tournament details:
When: October 21-22, 2022 (Keep in mind this is a Friday/Saturday tournament that starts on Friday evening)
Where: Game Pulse in Rexburg, Idaho
How many points: 2200 plus a special character, all utilizing current COK updates as of 6/12/2022
How much is entry: $40 if paid before September 20th, $50 if paid after that date
Tournament pack will follow. See the previous year's tournament packet by clicking on the tab at the top of the page, this year's will be similar to that.
Prizes will be awarded for Best Overall, Best General, Best Paint, Sports, Counter Charger, and Bloodiest General. Besides that we will have Achievement Points again this year so start prepping for the tournament and we hope to see you this fall!

Posted by Refugee of the Olde Worlde at 12:42 PM No comments: